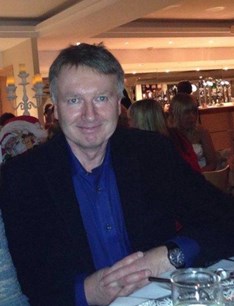 It was with great sadness that we learnt of the death of our colleague and friend Lawrence Rowe after an illness which he faced with typical stoicism and courage. Lawrence was a consultant anaesthetist in Norwich where he was greatly valued by his colleagues as someone who was always calm in any crisis, which was particularly appreciated in obstetric anaesthetics which he undertook for most of his career. He was endlessly patient and kind and many trainees benefited from his wisdom and excellent teaching. He was an earlier adopter of totally intravenous anaesthesia (TIVA), member of the Society for Intravenous Anaesthesia (SIVA) and an enthusiast for day surgery.  He worked with David Ralphs, a former BADS president to ensure Norfolk and Norwich was at the forefront of developments in day surgery, introducing electronic records for anaesthesia more than 20 years ago.  He also supported the purchase of TIVA pumps and was able to teach even the most tech-phobic anaesthetists (such as myself) how to use them!

He was an expert in IT and was generous with his time and skills as an ex- officio member of BADS council for over 10 years for which BADS is enormously grateful.  He was webmaster for BADS and also designed a bespoke system for managing submissions and scoring abstracts for the Annual Scientific meeting. The marking process could seem daunting to those of us who volunteered for the job, but typically Lawrence added an important step to the instructions for marking, “pour yourself a glass of wine”; this was an indication of Lawrence’s approach to life, which was to have fun and make the most of every opportunity.

He was a keen sailor and loved sailing his river cruiser on the Norfolk Broads; he was an excellent pianist, had a pilot’s licence and built his own sports car. Since retiring he was able to enjoy travelling with his wife Lindsay who was a great support during his illness; he attended all three of his children’s graduations and was immensely proud of them. Despite becoming ill just before he retired, Lawrence reflected that he had done all he could have hoped for in his life and had no regrets.

Cite this article as https://daysurgeryuk.net/en/resources/journal-of-one-day-surgery/?u=/2019-journal/jods-294-november-2019/obituary-lawrence-rowe/