Hospital acquired hyponatremia is relatively common, yet probably overlooked in terms of its potential associated complications and mortality. A drop in serum sodium can lead to cerebral oedema as a result of electrolyte-free water moving into the brain cells. The early signs of acute hyponatremia and rising intracranial pressure are often nonspecific and hence often missed.

A 32-year-old female patient underwent an uneventful hysteroscopy for primary infertility and subsequently became drowsy in the recovery area of the day case unit. Investigation revealed a sodium level of 117mmol/L (Serum sodium of 140mmol/L one week prior to procedure). She was monitored in recovery area and soon she developed generalised seizures and got transferred to HDU for observation. Slow sodium correction improved her condition within 18 hours and she went home the next day.

Once back to herself, it was to everyone’s surprise to hear to the following statement: “I was asked to drink a lot of water so that I can pass urine (which was a criterion for discharge from a day care surgery), so I drank around 3 litres of water”.

The National Patient Safety Agency in the UK has identified hospital-acquired hyponatremia in children and adult as a major patient safety issue. Appropriate monitoring and early intervention remains the key to avoid potentially deadly complications.

A 32-year-old female patient was admitted for a day case procedure – hysteroscopy for primary infertility. Post an uneventful procedure the patient was transferred to the day surgery recovery where she initially recovered well and started taking orally. The unit waited for her to pass urine and eventually transfer/discharge her. In the meantime, she was encouraged to drink water. She started having headache after 4 hours which persisted and she became drowsy after around 6 hours of the procedure where she was transferred to the main operation theatre recovery. A blood gas revealed a serum sodium of 117 mmol/L for which she was started on normal saline while considering the dose for hypertonic saline. Unfortunately, the patient started having seizures for which she was urgently transferred to ITU/HDU for closer monitoring, while she was on an infusion of normal saline at 100ml/hr. She was post ictal and a repeated sodium showed a level of 121 mmol/L. A decision was taken to continue normal saline infusion and slowly correct the serum sodium level. The patient improved gradually with the level rising to 128 mmol/L after 18 hours. Once back to herself, it was to everyone’s surprise to hear the following statement: “I was asked to drink a lot of water so that I can pass urine (which is a criterion for discharge from a day care surgery, so I drank around 3 jugs of water (3 litres of water)”.

Discussion with surgeons only revealed a short procedure with the use of normal saline solution which is highly unlikely to cause such a severe hyponatremia, which led the team to think that this is a case of polydipsia leading to severe, life threatening hyponatremia. 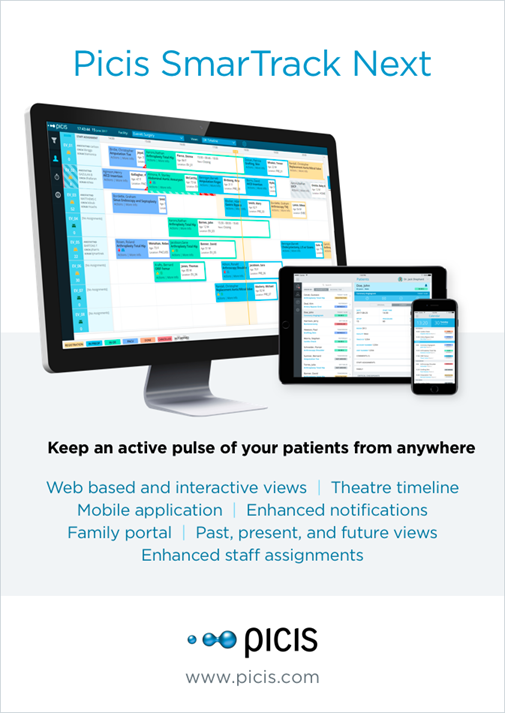 Hyponatremia can occur if there is a disproportionate loss of sodium such as occurs with primary kidney disease or conditions that affect the ability of the kidneys to conserve sodium. It can also occur because of a disproportionate gain of electrolyte-free water in the vascular compartment, also known as dilutional hyponatremia or water intoxication. The increased ratio of free water to sodium in the vascular space will cause the water to move from this extracellular compartment into the intracellular compartment until osmolality is equalized; free water will enter body cells (i.e., brain cells) and cellular oedema will result.

In acute hyponatremia, the brain cells are unable to compensate for the rapid decrease in serum osmolality; as such, minor increases in electrolyte-free water can lead to disproportionately large increases in intracranial pressure due to swelling of the brain cells. Children exhibit symptoms more quickly than adults in response to abnormal sodium levels because there is less room for the brain cells to swell (the brain reaches its adult size by the time the child is 6 years old, but the skull does not reach adult size until a person is 16 years of age).

Since the early signs and symptoms of acute hyponatremia are often nonspecific, healthcare professionals may attribute them to other causes, such as the postoperative effects of anaesthetics, medications administered for pain, or the presenting illness. A rapid decline in serum levels of sodium leading to symptoms of increased intracranial pressure is a medical emergency, as further increase in brain-cell swelling can cause seizures, respiratory depression, coma, irreversible brain damage, or brain herniation and death.

The kidney is the main regulator of water through the activity of antidiuretic hormone (ADH). ADH (also known as vasopressin) acts directly on the kidneys, causing them to reabsorb water, which helps to maintain the serum sodium, and thus the osmolality of the blood, within normal limits. A reduction in serum osmolality (as occurs with a reduction in serum sodium) typically inhibits the release of ADH, whereas an increase in serum osmolality causes the release of ADH. This “osmotic” feedback system in the body allows for variability in electrolyte-free water intake so that serum osmolality and serum sodium remain within normal range.

ADH is also known to be released in response to numerous “non-osmotic” stimuli, even when serum sodium falls to below-normal values. One of the most potent stimuli for ADH release is nausea and vomiting. Other non-osmotic stimuli for the release of ADH include pain, stress, gastroenteritis, hypoxia, positive pressure ventilation, trauma, and commonly used medications such as opioids. Numerous disease states such as pneumonia are also known to cause the release of ADH. The release of ADH after surgery in response to non-osmotic stimuli typically resolves by the third postoperative day but can last up to the fifth postoperative day. Children appear to be at particular risk after surgical procedures, and deaths have been reported after even minor surgery. Importantly, in the presence of ADH, the kidneys cannot eliminate excess electrolyte-free water. In addition to the administration of hypotonic parenteral solutions such as “2/3 and 1/3”, oral and enteral intake may be a source of electrolyte-free water that contributes to the development of acute hyponatremia (e.g., hypotonic feeds, water, ice chips). Experts have noted that hyponatremia is the most common electrolyte disturbance among children being treated in hospital because such patients are commonly exposed to non-osmotic stimuli for ADH and also because the administration of hypotonic solutions is routine practice in many hospitals. (2-5)

Iatrogenic hyponatremia is fairly common. We are possibly more acquainted to hyponatremia in marathon athletes, cyclists which led to hospitalisation and even death as is the case of David Rogers in April 2007. Hyponatremia remains the most common electrolyte disorder which results in brainstem malfunction (1).

The National Patient Safety Agency in the United Kingdom has identified hospital-acquired hyponatremia in children and adults (to a lesser extent) as a major patient safety issue. Safety alerts and guidelines for the administration of fluids to children, in particular, have been published as a result. Canadian Medical Protective Association and the US institute for Safe Medical Practice have also raised their concerns followed by recommendations (4).

There appears to be a general consensus that isotonic fluids such as normal saline/sodium lactate should be used during surgery, and in the treatment of moderate to severe hypovolemia; however, there is debate as to which solution is the best choice for maintenance of hydration. Experts are questioning the widespread use of hypotonic solutions for parenteral maintenance, a practice based on a formula that was developed more than 50 years ago. The formula is derived from minimum free-water requirements based on caloric expenditure per kilogram of body weight. Experts argue that this formula overestimates maintenance requirements for a variety of reasons; most importantly, the formula presumes normal excretion of free water by the kidneys and thus does not take into account ADH released in response to non-osmotic stimuli, a process that was identified since the original development of the formula and that is commonly seen in hospitalized children. In one recent study, a key factor in the development of hospital-acquired hyponatremia was the use of hypotonic maintenance solutions. A variety of studies, including randomized trials, are answering questions about the use of maintenance fluids in patients. Experts do agree, however, that there is no single IV solution that is ideal for all patients (6).

Parenteral fluids administered for the purpose of hydration have not traditionally been viewed with the same rigour as medications. These fluids are usually distributed through a central supply and redistribution service or through hospital stores as part of the materials management division of hospital operations.

There are currently no guidelines telling about the amount of water or fluids to be taken orally post a day case surgery as it all depends on the patient’s age, weight, intravascular volume status, comorbidities and fluid loss in a surgery. Therefore, it should be based on clinical judgement.

Ensure that guidelines for fluid and electrolyte therapy are aligned with the regional institutions/trusts within the area and that these guidelines include:

Engage family members whenever they express concerns about their relatives’ behaviour. Subtle changes may be more readily identified as abnormal by family members than by healthcare providers and thus can provide an invaluable source of assessment information.

Cite this article as https://daysurgeryuk.net/en/resources/journal-of-one-day-surgery/?u=/2018-journal/jods-282-june-2018/water-intoxication-after-a-day-case-surgery-dr-vishramb-mattadeen/