Gallstone ileus is an uncommon but intriguing entity, representing 1-4% of all hospital presentations with small bowel obstruction. Approximately 25% of cases involve patients over 65 years of age, thus contributing to the high mortality and morbidity reported. Symptoms are often vague, requiring a high index of suspicion for successful diagnosis. We present the case of a 79 year old Caucasian female presenting to the Emergency Department with a 24 hour history of abdominal pain, distension and faeculant vomiting. She reported multiple co-morbidities but no previous abdominal surgeries were noted. Following failed conservative management, she underwent an emergency laparotomy and a

2cm gallstone was identified in the mid ileum. The gallstone was digitally crushed and milked into the caecum. This case highlights the importance of considering gallstone ileus in the differential diagnosis in an elderly patient presenting with signs of small bowel obstruction and no previous abdominal surgeries.

A 79 year old Caucasian female presented to the Emergency Department with eight episodes of faeculant vomiting, abdominal distension and generalised colicky abdominal pain over a 24 hour period. Multiple co-morbidities were recorded including: type 2 diabetes, ischaemic heart disease, hypertension, atrial fibrillation and chronic kidney disease. A strong family history of bowel cancer was noted. In addition, she sustained a subdural haematoma when taking warfarin and consequently her pharmacological management included aspirin and beta blockers. She was a non-smoker and did not consume alcohol. The following observations were recorded: temperature 36.90C, BP 116/75mmHg, HR 88, SpO2 98% on air and RR15. Respiratory and cardiovascular examination were unremarkable.

Her abdomen was soft and slightly tender on palpation, with no obvious mass or hernia. No guarding or rebound tenderness was elicited and bowel sounds were present on auscultation. PR examination confirmed a small amount of soft faeces in the rectum. Her bowels opened 48 hours previously.

Baseline serological investigations revealed a normal serum amylase [47 iu/l], WBC 13.4, Hb 136, CRP 14.7 with normal renal and liver function. [Table 1] A venous blood gas confirmed a lactate of 1.7. Urinalysis was negative. An erect chest radiograph identified no free air beneath the diaphragm [Fig.1] Her abdominal radiograph revealed dilated small bowel loops. [Fig.2] She was reviewed by the oncall surgical team and the clinical impression was of small bowel obstruction. Further investigation with a CT abdomen and pelvis suggested features of small bowel obstruction at the mid- ileal level. At the transition point, appearances were those of a faecolith. [Fig.3] The differential diagnosis included gallstone ileus, due to her un-operated abdomen or a fungating tumour [thought unlikely].

Table 1. A mildly elevated WCC and CRP were observed. Her amylase was normal. 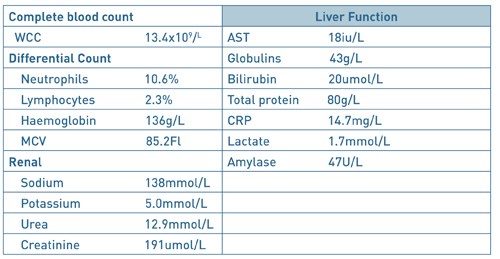 Fig. 1. AP erect chest radiograph. There was no free air beneath the diaphragm. 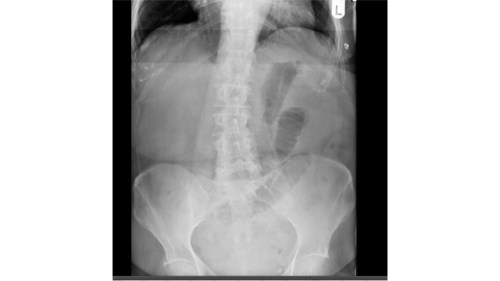 Fig.3. CT Abdomen and Pelvis. Features are suggestive of small bowel obstruction at mid ileal level. At the transition point, appearances were those of a faecolith. 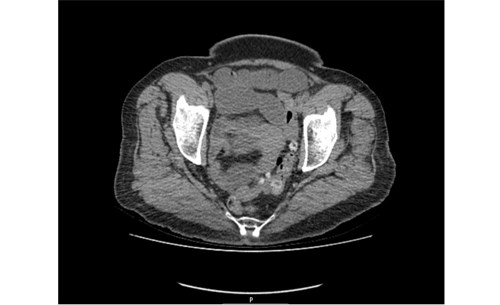 Fig.4. Gallstone. Following examination of her small bowel, a 2cm gallstone was identified in the mid ileum.

A nasogastric tube and catheter were inserted and IV fluid resuscitation was initiated, with strict fluid balance monitoring. Following 24 hours of conservative management with an unresolved small bowel obstruction, surgical exploration was indicated. Under general anaesthesia, a midline laparotomy incision was performed. Her small bowel was examined and a 2cm gallstone was identified in the mid ileum. [Fig. 4] No perforation or free fluid were present and the gallbladder was normal in appearance. No fistula was identified. The gallstone was crushed with gentle digital pressure and milked into the caecum. An enterotomy was not performed. Postoperatively, she made slow progress due to tachycardia and persistent nausea. She was reviewed by the cardiology team and treatment commenced with bisoprolol 1.25mg od and digoxin 125mcg. An outpatient ECHO was requested. She was discharged uneventfully 16 days post admission, with her prolonged stay due to her underlying medical co-morbidities.

Dr. Erasmus Bartholin, a Danish physician first described gallstone ileus following an autopsy examination in 16541. He postulated that the gallstone enters the gastrointestinal tract through a biliary enteric fistula, with the terminal ileum being the most frequently involved site. Interestingly, the term “gallstone ileus” is a misnomer, as the condition is a mechanical obstruction of the gut and not a true ileus2. The gallstone may also enter the gastrointestinal tract following ERCP and sphincterotomy. The most common site of impaction is the distal ileum [50-75%] owing to its narrow intra-luminal diameter, followed by the jejunum [20-40%] and the stomach3. The gallstone must be at least 2-2.5cm in diameter to cause an obstruction. In 1896, Bouveret’s Syndrome was described and it occurs when a fistula forms between the gallbladder and the stomach or duodenum allowing a gallstone to migrate into the duodenum causing gastric outlet obstruction4. It occurs in approximately 10% of cases.

The classical presentation of gallstone ileus has been defined as having a “protracted history” with the majority of patients suffering with abdominal pain and vomiting for at least three days prior to presentation5. Constipation also predominates, usually intermittently as the stone travels through the bowel. Diagnosis is often delayed as a history of biliary symptoms is variable, with a history of cholelithiasis present in only 50%. Perforation of the small intestine proximal to the obstructing gallstone is rare, with less than 10 cases reported in the literature. Gallstone ileus has a predilection for females with 25% of all cases involving patients over 65 years old and the mean age has been reported as 72 years. Consequently, multiple co-morbidities exist and contribute to the high mortality and morbidity rates.

Radiological investigations, including an abdominal x-ray may demonstrate signs of small bowel obstruction or a calcified gallstone in the intestinal lumen. It is important to remember that only 15% of gallstones are radiopaque6 and the sensitivity of plain radiographs alone is poor, ranging from 40– 70%7. Air in the biliary tree (pneumobilia) may also be observed. CT has a sensitivity and specificity of 93% and 100% respectively8 and is useful for identifying the transition point between dilated and collapsed bowel. Rigler’s triad is the criteria used to determine gallstone ileus on a CT scan9, with the components including pneumobilia, an ectopic gallstone and small bowel obstruction. However, gallstone ileus is more typically diagnosed at laparotomy in a patient undergoing surgery for unexplained small bowel obstruction9.

But what about treatment modalities? Resolving the obstruction can usually be achieved by enterotomy and removal of the gallstone, but the dilemma of how to manage the fistula from the gallbladder to the intestine remains. Its management remains controversial with open surgery including enterolithotomy or single stage enterolithotomy with cholecystectomy and fistulectomy with cholangiography if deemed necessary2 being the mainstay of treatment. Indeed, other approaches have been utilised including: laparoscopic surgery and lithotripsy10. In an elderly patient and in the presence of severe inflammation and adhesions, Windsor10 advocates simply removing the stone and leaving the fistula and gallbladder untouched.

So, what does the literature suggest? The first large case series of gallstone ileus, involving 131 cases, with a mortality of 44% from 125 operations was reported by Courvoisier in 189011. To date, the largest review consists of 1001 reported cases and was published by Reisner and Cohen in 199412. In this combined series, mortality rates of 16.9% for one stage and 11.7% for enterolithotomy were reported12. The recurrence of gallstone ileus is rare but Webb13 and Hussain14 have reported a 5% recurrence rate in patients suffering from one episode of gallstone ileus.

In conclusion, gallstone ileus is an uncommon complication of cholelithiasis but an established cause of mechanical bowel obstruction in the elderly. Despite advances in imaging techniques and the reported sensitivity and specificity of CT8, gallstone ileus remains a diagnostic challenge for the clinician and pre-operative diagnosis is often delayed. However, due to the current demographic shift towards an elderly population, it continues to have a high mortality and morbidity rate. Hence, elderly patients, especially those > 65 years, presenting with symptoms of small bowel obstruction and no previous abdominal surgeries, gallstone ileus should be included in the differential diagnosis.This Case Report highlights the fundamental importance of including gallstone ileus in the differential diagnosis in an elderly patient presenting with abdominal pain and signs of obstruction.

Cite this article as https://daysurgeryuk.net/en/resources/journal-of-one-day-surgery/?u=/2017-journal/jods-274-2017/gallstone-ileus-presenting-as-small-bowel-obstruction-managed-without-enterotomy-a-cautionary-tale-in-the-elderly/